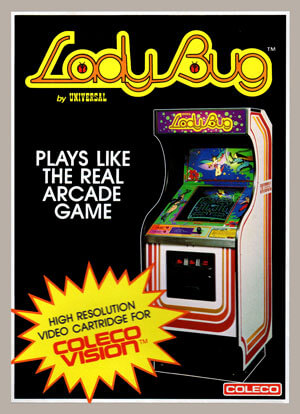 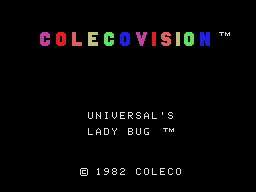 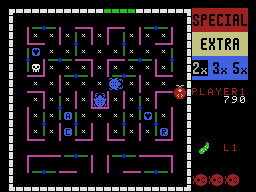 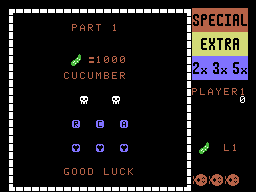 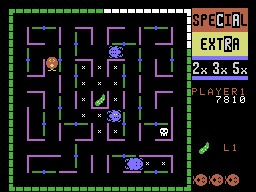 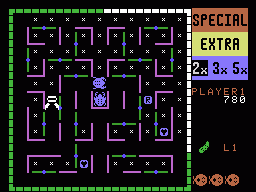 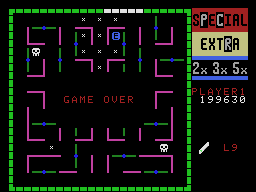 The goal of Lady Bug is to eat all "flowers", hearts and letters in the maze while avoiding other insects. The player is represented by a red, yellow, and green character resembling a ladybug while the enemy insects' appearance varies by level. The border of the maze acts as timer, with each circuit signaling the release of an enemy insect from the central area, up to (generally) a maximum of four. The speed of the circuit increases on stages 2 and 5.

Unlike Pac-Man, the player can alter the layout of the maze by shifting any of the twenty green gates. It is not possible to completely isolate a portion of the maze through gate-shifting. 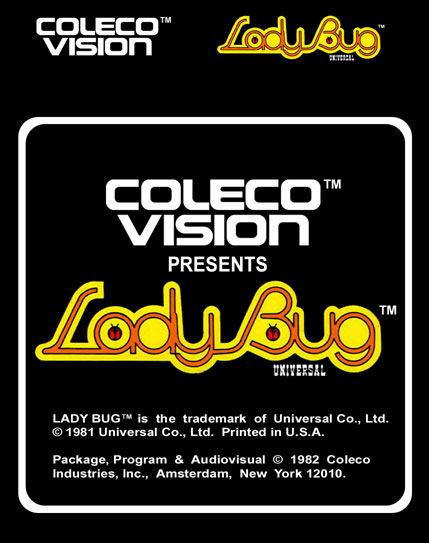