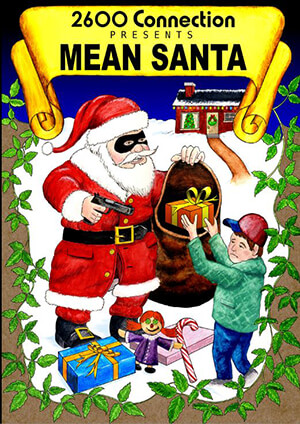 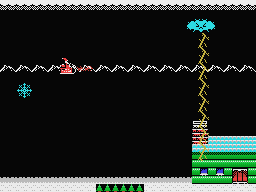 What could cause someone to "snap" after hundreds of years of generosity?
Was it the blatant commercialization of Christmas, with cheap decorations displayed in stores well before Halloween?
The threatened unionization of the elves?
Or perhaps international regulators who banned reindeer propulsion because the flatulence of nine reindeer was damaging the ozone layer?
Or was it just one naughty child too many?

Whatever the reason, Santa Claus has gone over to the dark side, and this Christmas won’t be the usual season of good will toward men.

“Maybe the children of the world would learn to appreciate the important things in life if they didn't spend Christmas focused on shiny new toys,”
Santa stated earlier this year. “Maybe this year, Santa will take away presents instead of delivering them...”

Instead of leaving lumps of coals in the stockings of the naughty children, Santa has decided to teach them a lesson –
and no rogue wind currents, bad weather, or guard dogs are going to get in his way.

And he’s asked for your help in executing his diabolical plan.