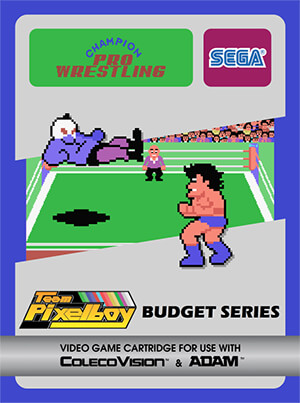 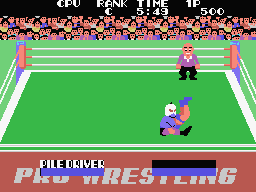 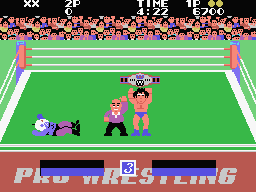 The famed rivalry between Jungle Joe and the Masked Mystery has reached such an amazing height that the organizers decided to set up a championship for just those two wrestlers! Play as Jungle Joe, delivering punishing chops, kicks, drop kicks, pile drivers, and his signature One-Hand Back-Breaker move to wear down the Masked Mystery and pin him down for the count! The stakes get higher with each revenge bout as the wrestlers climb the ranks all the way to the coveted belt of World Champion! Two players can also go head-to-head, controlling the wrestlers in an exhibition match!