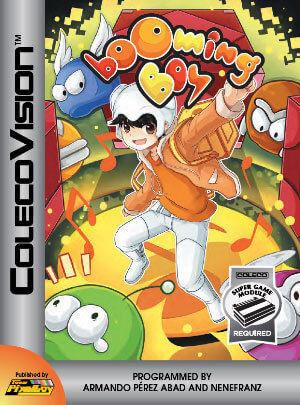 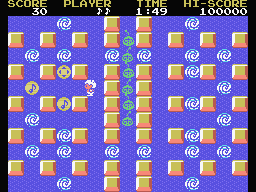 Music solves everything, even a monster slime infestation!

DJ Mark and Nerdy Billy had been friends for years. But this friendship was strained when Billy was not invited to a big uptown teenage party where Mark was hired to work as a disc jockey. Being an inventor and somewhat crazy scientist, Billy discovered a way to ruin the party for everyone by creating monster slimes that would scare all the party-goers away. But soon after launching his master plan, Billy had a change of hearts, and he asked DJ Mark to help him fix things before the party starts.

Billy gave Mark a powerful weapon against the slimes: A music box that can deliver a sonic explosion that exterminates slimes on contact! But the sonic blast is so strong that it can also knock out Mark himself! So now it's up to DJ Mark to carefully take care of this slime infestation! Don't let the slimes touch DJ Mark, or his happy tune will end abruptly!