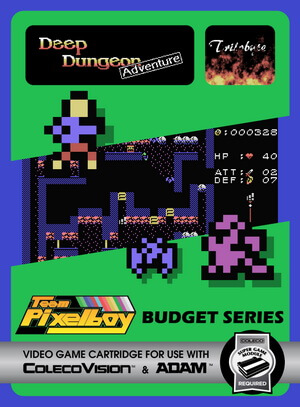 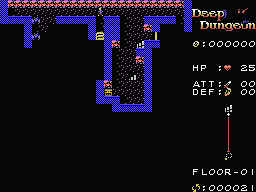 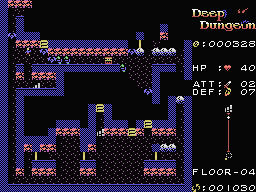 Once upon a time, an evil wizard stole a royal amulet and used it to cast a curse on the country's royal family. To make sure the curse would never be lifted, he hid the amulet in the Deep Dungeon, an underground lair guarded by vile creatures. Years later, after discovering your ties to the monarchy, you were told that you could claim the throne if you could only retrieve the royal amulet and break the wizard's curse. Figuring that the curse will find a way to ruin your life eventually, you venture down the stairways of the Deep Dungeon and face its terrible dangers, armed only with the hope of finding the amulet and restoring the honor of your cursed family. Can you survive long enough to succeed?