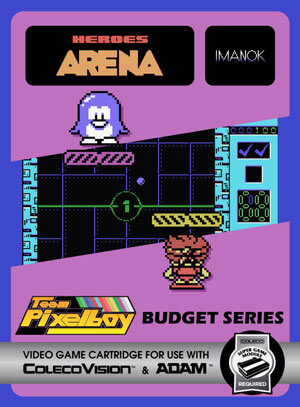 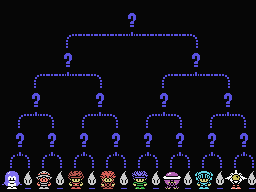 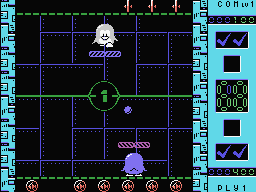 Believe it or not, one of the most important japanese game companies is planning a ColecoVision revival! They want to use one of their classic franchises, but they're not sure which one to pick. After several hours of debate, it was decided that the main characters of these franchises would square off in a Flip Shot tournament, and the winner will see his game released on Coleco cartridges. Up to 8 human players can participate in this tournament by selecting their characters and then trying to pop their opponent's capsules by hitting the free-floating ball before the timer runs out. Each character has special abilities that can affect the ball in unexpected ways!