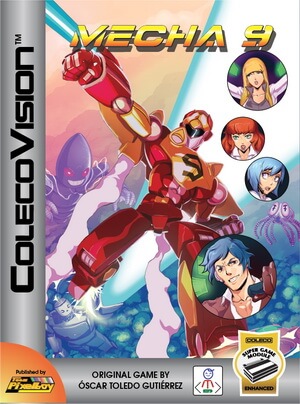 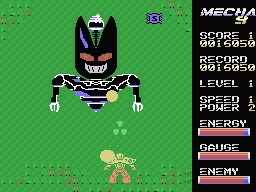 Discover the untold story of the Mecha-8 saga!

In Mecha-8, you were cast as hero mech pilot Tricia Thunder, responsible for stopping the alien invasion that threatened our planet. This game tells the story of Ryan Rock, the pilot of Mecha-9, who also played a significant role in that historic battle while Tricia Thunder was on the front line.

As Ryan's story unfolds, you will be faced with a non-stop stream of alien attackers of all shapes and sizes, including large robotic bosses that would give anyone else nightmares! Luckily, Mecha-9 is fully equipped to take on this challenge, and you can upgrade your power levels by collecting power capsules from destroyed enemies!