Lord of the Dungeon 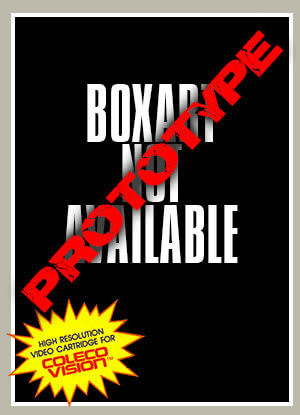 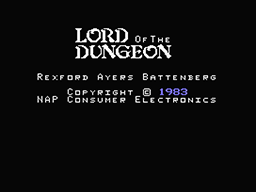 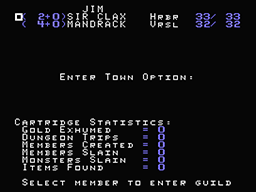 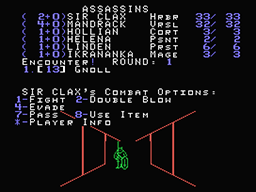 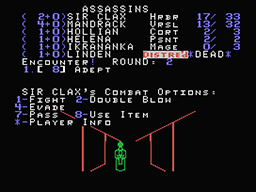 Designed by Rex Battenberg.
This game appeared as â€œCaverns and Creaturesâ€, and was shown in early ColecoVision catalogs that were packaged with the system.
Released at the Classic Gaming Expo by CGE Services in 2001. Only 70 were cartridges were made. From their description: Plays along the lines of classic RPGâ€™s like "Wizardry"."This fantasy role-playing game for one to four players puts you into an adventure of the most fascinating kind. Your expedition involves your entrance into a mysterious dungeon made up of uncharted hallways and hidden chambers. You enter in search of priceless treasures. But - the underground is populated by monsters. Choose to fight or run! Select from a variety of weapons, cast magic spells or use your wits to defeat the monsters and claim the treasures! Will you emerge victorious?".
It would have been the first battery-backup cartridge ever if it was released in 1983/1984.