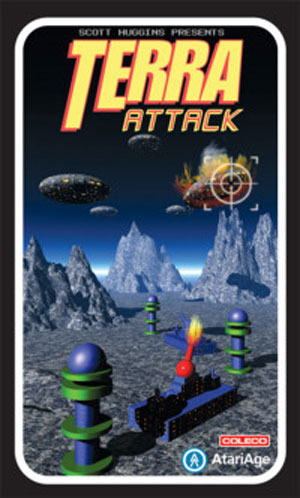 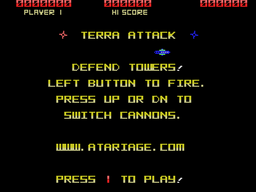 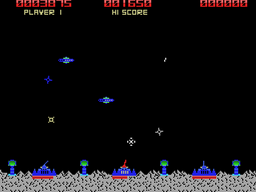 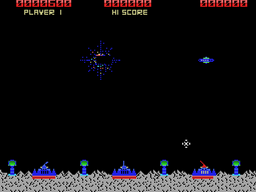 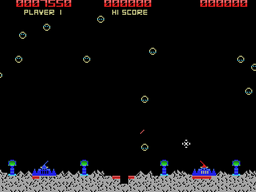 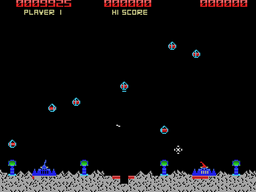 You've got issues. You are the commander of the Defense Unit for the Terra Community with four Towers and three Defense Cannons under your watch. The Terra Community is the first outpost on this planet so usually things are pretty quiet. You're just about to call it a night when the warning sirens scream out the approach of invading alien ships. If the aliens can destroy Terra, the entire planet is theirs and it's the end of your cushy government job, not to mention the lives of the inhabitants of the Four Towers.

Quickly manning the remote controls of the three Defense Cannons your fire at wave after wave of swarming aliens. It's a balancing act trying to switch cannons an eye on your ammunition while the aliens switch tactics with each wave. Your Shields are limited too but stay alive long enough and you'll have to face "The Boss." He's aptly named and capable of destroying the whole Terra Community in a matter of seconds. It is going to take a lot of ammo and a lot of skill to destroy "The Boss", but the rewards are great too.