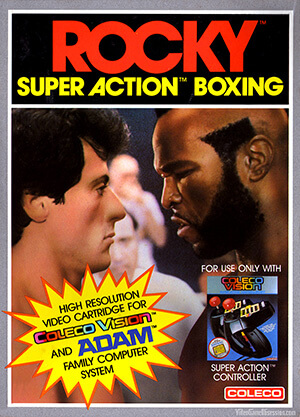 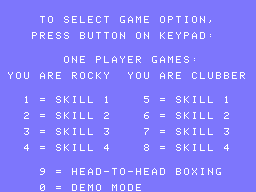 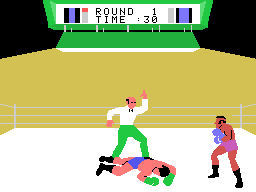 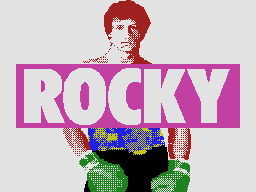 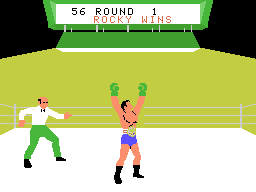 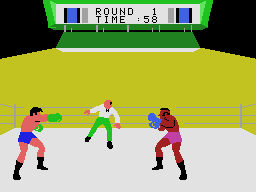 Coleco's foray into the boxing realm is based on the 1982 film Rocky III. Players have the option of playing as either Rocky Balboa or Clubber Lang as one battles the opponent in 10 rounds of boxing action.
The game utilizes Coleco's Super Action Controller letting players use the buttons to throw various punches and blocks, while using the joystick to move around the ring. The computer opponent can be set at 4 different skill levels, or play head-to-head with a second player. The winner of a match does a victory strut to Eye Of The Tiger, the theme song from the movie. 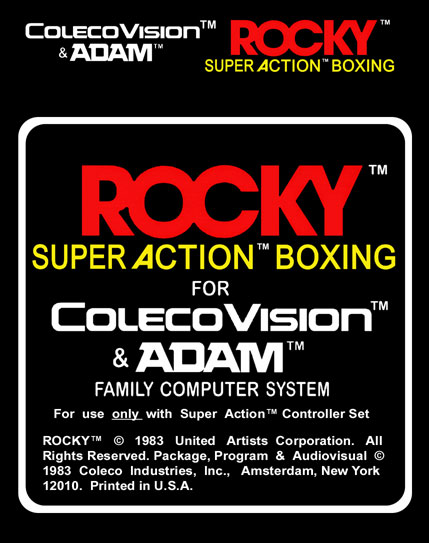