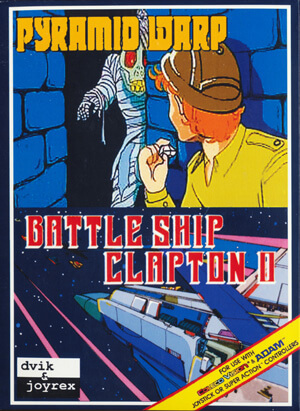 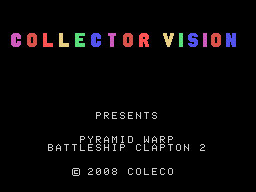 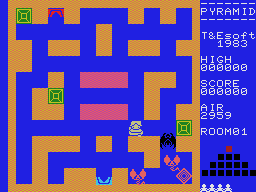 In Pyramid Warp you are challenged to collect the valuable treasures in the pyramids of ancient Egypt.
But offcoarse these pyramids are filled with monsters who are trying to stop you.
Are you forced into a corner, try one of the pyramid secret escape routes, and you will appear in a second.
Each pyramid contains 16 rooms.

Maneuver the space Battleship Clapton II to avoid space mines, and at the same time, destroy enemy fighters with your beam gun.
Your Score will rise, but the speed of fighters will increase.