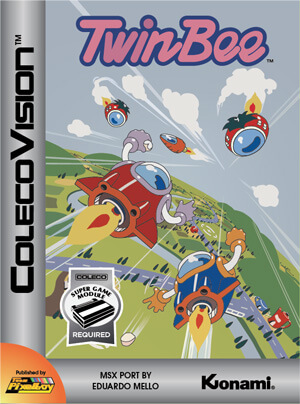 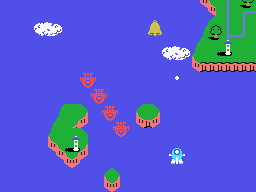 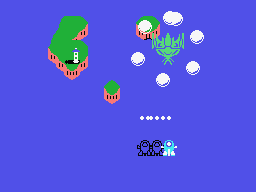 Paradise Island will not remain a paradise for long without your help!

The time is the far future. The notorious Spice King has led a rampaging army onto the blissful Paradise Island to plunder and steal the fabled Jewel of Paradise. The normally peaceful islanders put up a brave fight, but to no avail: Paradise Island was overrun by the invading troops, and the Jewel has fallen into the hands of the Spice King and his four Shogun henchmen. The only hope for the islanders is the reclusive Dr. Cinnamon, living in the Valley of the Unknown somewhere on the far side of Paradise Island. Dr. Cinnamon has handcrafted two unusual rocket-powered fighters of his own secret design, called WinBee and TwinBee. His two adventurous sons plan to pilot WinBee and TwinBee to drive the invaders out and recapture the Jewel.