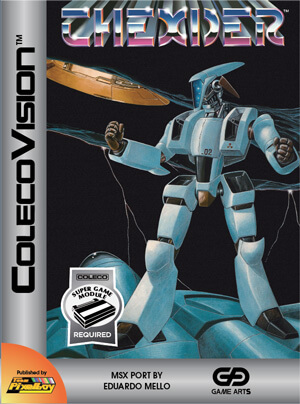 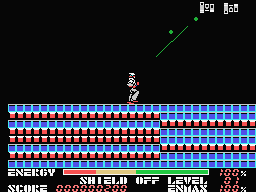 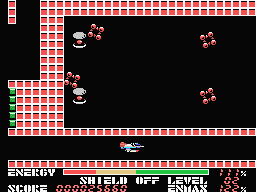 The private war of a lone space soldier is about to begin!

No one on Earth knows from what sector of our galaxy the deadly alien drone armies came from. Only one thing is certain: They are bent on our destruction. As the pilot of an advanced Hyper Dual Armor mech, you were part of a squadron on a mission to penetrate the enemy's central computer base and destroy it. The base was heavily fortified, and your squadron was decimated, except for you. You are now trapped, alone, inside the computer complex and must traverse 10 levels against merciless automated defense systems, in an almost hopeless effort to complete your mission.

While the battle rages on outside, in the deadly vacuum of space, you are about to begin your own private battle, the outcome of which may very well turn the tide of this interplanetary war!