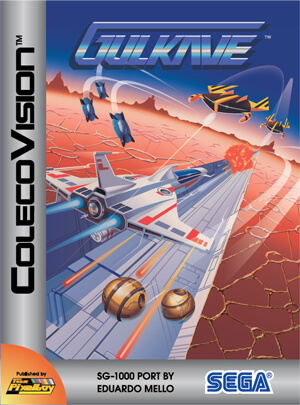 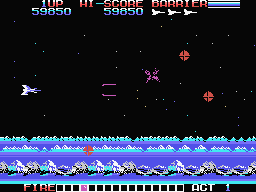 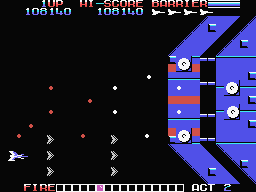 The war against the interplanetary Gulbas empire has not been going well. Intelligence reports state that the Gulbas forces are regrouped around 8 fortresses, but this information has been of little value, considering the heavy losses endured by the Earth's military space fleet. As the best pilot of the fleet, you have been given control of an advanced prototype star-fighter code-named Zaiigar. Your mission - and Earth's last hope - is to destroy the 8 fortresses and turn the tide of this war. But the Gulbas are relentless adversaries and will not lower their guard when faced with a single enemy fighter! This is undoubtably a suicide mission, but Earth may still prevail if you succeed!