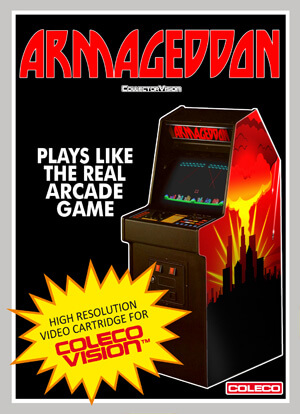 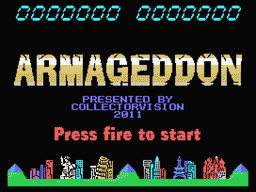 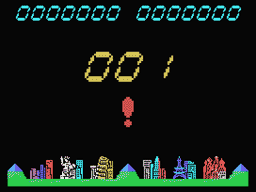 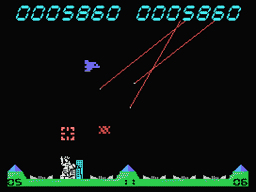 Aliens from the planet of Krytlov have begun an attack on the planet Zondar. The Krytlovians are warriors out to destroy and seize the planet of Zondar. Zondar is the last of the peaceful planets. The Zondarians are skillful and hardworking people. Their cities are built-up and rich in resources. It is truly a planet void of crime and violence.

Zondar has built a powerful defense system. Several antiballistic missile bases have been established within the cities of Zondar. The Zondarians are ready for this attack, and are prepared to fight to save their cities.

As base commander it is your responsibility to protect and defend six cities on the planet of Zondar. The Krytlovians have begun firing interplanetary ballistic missiles. They are aiming at your cities and missile bases. Your only defense is to fire back with antiballistic missiles.

But watch out, the Krytlovians are sly. They also have multiple head missiles, smart bombs, airplanes and satellites. Use your antiballistic missiles (ABMs) to stop the enemy before your happy and harmonious planet is destroyed.