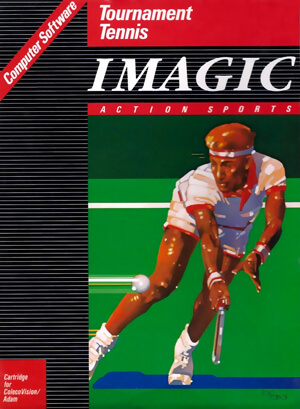 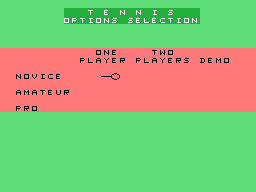 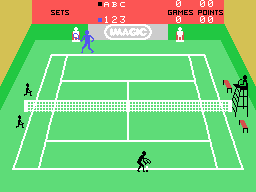 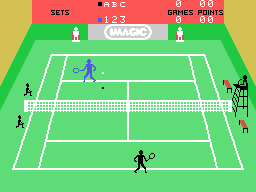 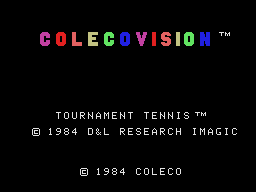 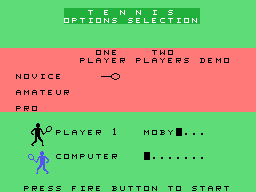 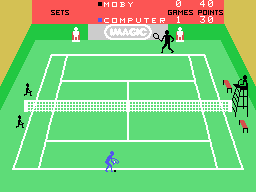 Tournament Tennis is an early tennis game featuring or even creating many conventions that would become standard features in later tennis simulations. Matches can be played at quarter-final, semi-final or final levelâ€”winning at one level automatically moves the player to the next one. They can last for 3 or 5 sets, with a player requiring a 2-game lead to win a set, though a tie-break comes in at 6â€“6 in all but the final set.

The view is pseudo-3D, from above the court, and features a shadow on the ball to give its motion a more realistic appearance and make it easier to judge the ball's height. Spectators turn their heads to view the action, and ball boys run on to the court to retrieve dead balls. Shot speed, direction and spin can all be applied, and both forehand and backhand strokes are available.